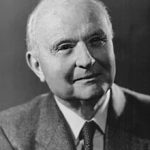 Vittorio Erspamer of the University of Rome, an Italian pharmacologist, and chemist, known for the identification, synthesis and pharmacological studies of more than sixty new chemical compounds was the first to analyze Kambô in the laboratory.  He was twice nominated for a Nobel prize and was also responsible for first discovering the well-known neurotransmitters serotonin and octopamine.

Dr Erepamer, described the Phyllomedusa genus as a “treasure trove” of bioactive peptides which are short chains of amino acids that bind to human cell receptors. The secretion of P. bicolor in particular contains dozens of peptides, most significantly including Phyllocaerulein, Phyllokinin, Phyllomedusin, Phyllolitorin, Dermorphin, Tryptophyllins, Deltorphin, Dermaseptin and Adenoregulin (Dermaseptin B2).

Some of the neuropeptides contained in the secretion of the Phyllomedusa bicolor and some of their applications.

Phyllocaerulein is a hypotensive neuropeptide that stimulates the adrenal cortex and pituitary gland. Present in Kambo at around 32 micrograms per milligram.

Phyllokinin relaxes smooth muscles and is present in Kambo at around 18 micrograms per milligram.

Phyllomedusin, a neuropeptide, interacts with tachykinin receptors—shown to regulate the functions of dopamine, serotonin, and other neurotransmitters.  Phyllomedusin contracts smooth muscles strongly affecting the intestines and bowels, which contributes to deep purging of toxins.  The fast dilation of the blood vessels causes the ‘rushing’ or “pounding’ sensation that Kambô Sometimes produces.

Phyllomedusin is a potent vasodilator, the increases the permeability of the blood-brain barrier. It is present in Kambo at around 22 micrograms per milligram.

Neuropeptides that are active in the central and peripheral nervous System, Stimulate gastric acid secretion and smooth muscle contraction.

This neuropeptide produces a powerful opiate-like activity on mu-type opioid receptors, as a potent analgesic 30-40 times more potent than Morphine. Dermorphin may also have effects on pulmonary ventilation and pituitary hormone release.

It is present at 3 micrograms per milligram, functions like a hormone. It interacts with the pituitary-adrenal axis and corticotrophin-releasing receptors—involved in stress, anxiety, depression, and addictive behavior.[ 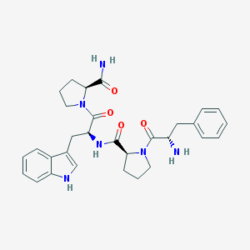 Recently found to be highly potent against the yeast Candida Albicans.

A heptapeptide, which has a higher affinity and selectivity for delta Podbinding sites than any other natural compound known. Two Deltorphins have been discovered in the Secretion of Phyllomedusa bicolor.

Deltorphins and Dermorphin are both powerful opioid receptor agonists. Deltorphins in particular have among the highest binding affinity and selectivity to delta opioid receptors of any natural compound. Dermorphin is highly selective for mu opioid receptors. Present at 5.2 and 0.25-0.33 micrograms per milligram, respectively, these peptides are many times more potent than endogenous beta-endorphin.

Potent antimicrobial activity against bacteria, yeast, fungi, protozoa and enveloped viruses as well as various filamentous fungi that are responsible for severe opportunistic infections accompanying AIDS and the use of immunosuppressant agents. 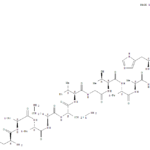 Adenoregulin (also named Dermaseptin B2) is a 33 amino acid peptide that stimulates the binding of agonists of the A1 adenosine receptors and is shown to cause behavioral depression in mice. It is a fundamental component in all human cell fuel and has shown to be very effective in killing cancer cells.

Little is known about the long-term safety of Kambo, but evidence suggests that Deltorphin and Dermorphin may cause respiratory depression and lead to heavy reliance with frequent and prolonged use. Kambo-related deaths have also been circumstantially related to the secretion’s depressive effects on the central nervous system however this has yet to be proven. Toxins present in Kambo may affect the cardiovascular system, kidneys, pancreas, and liver.

Anecdotal reports warn of “frog disease,” an incurable condition arising from the non-traditional use of Kambo (e.g. oral consumption, smoking, or insufflation). Apparently feeling like it’s “eating the brain, “frog disease” is characterized by weak muscles, cardiac arrest, and death. The condition may be caused by parasitic microorganisms—usually eliminated by the body’s immune response to skin burns.

Daly, J. et al. (1992). Frog secretions and hunting magic in the upper Amazon: Identification of peptide that interacts with an adenosine receptor. Pharmacology, 89, 10960-10963.